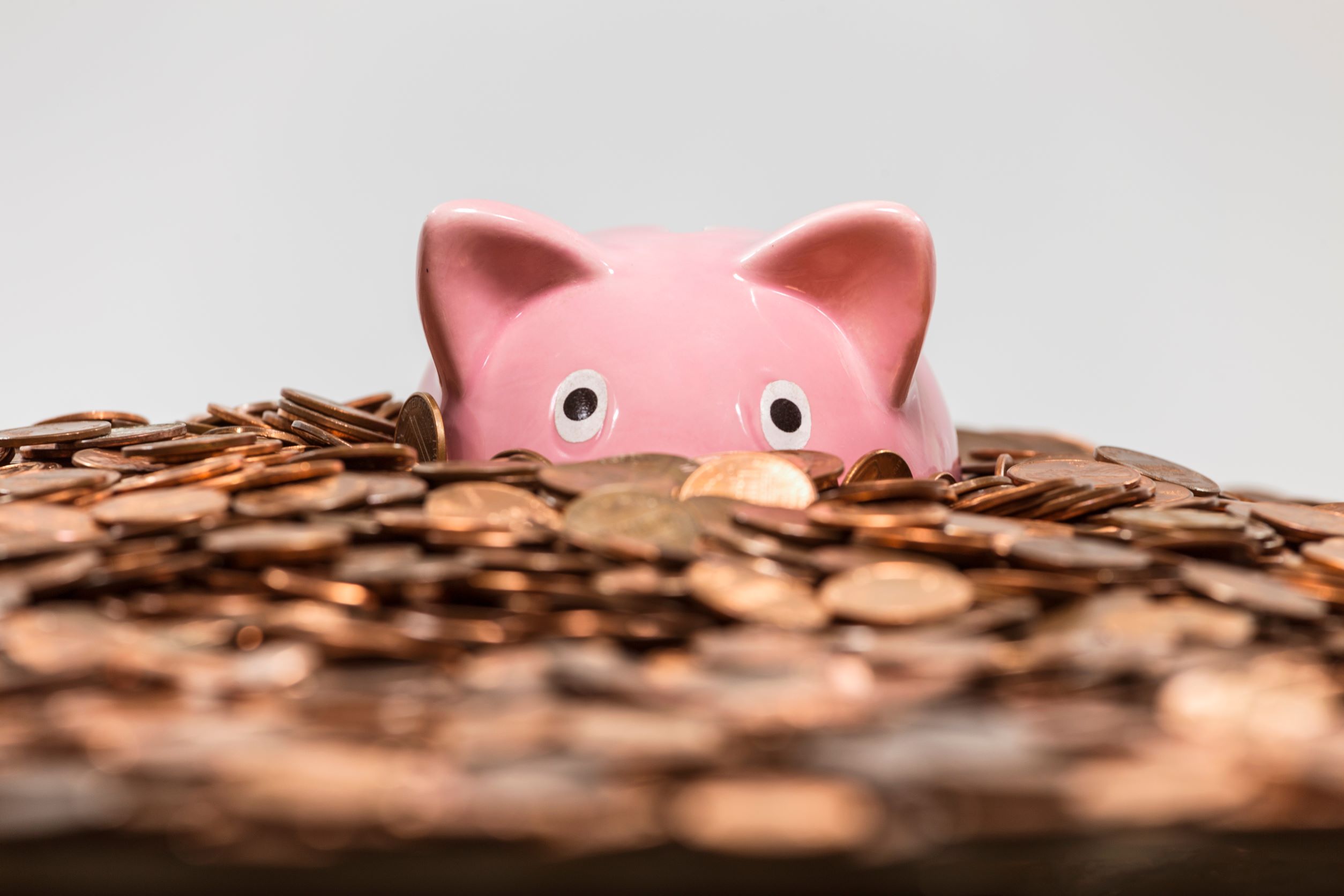 LME is the world’s major trading place for industrial metals, including copper. Copper is traded on all of LME’s three trading platforms:

The daily Ring trading windows for copper are as follows:

For each metal, including copper, the LME publishes various official prices:

The Official Price is an important benchmark for transactions involving physical copper and copper derivatives including exchange traded futures. The following chart shows annual trading volume of CME copper futures, which has increased significantly since 2000 and reached almost USD 2 trillion in 2017.

In terms of CME futures, the copper market is as large as the silver market and approx. one fourth of the gold market. 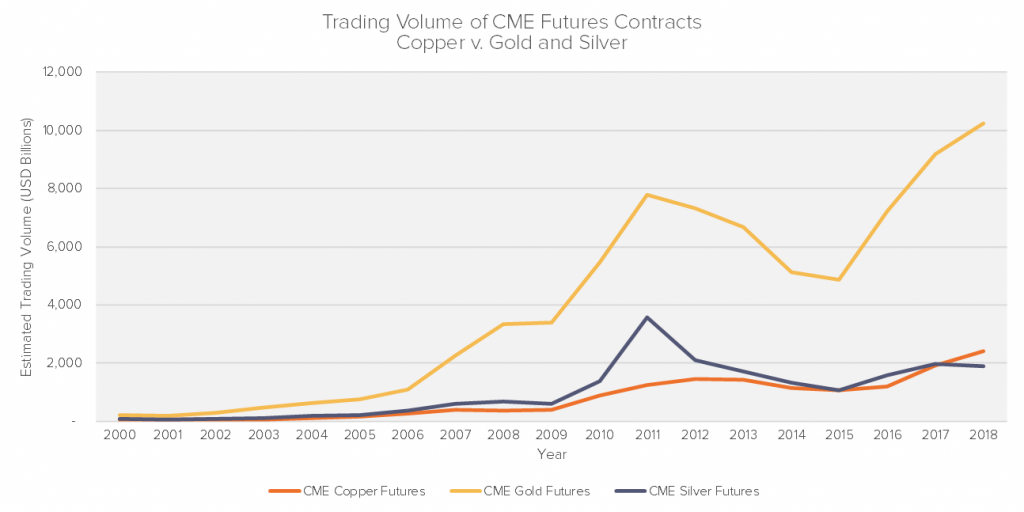 Products Affected by the Official Price

Copper market participants include producers, fabricators, consumers, financial institutions, hedge funds and individual traders. Most of the products traded by these market participants are either directly or indirectly affected by the Official Price. 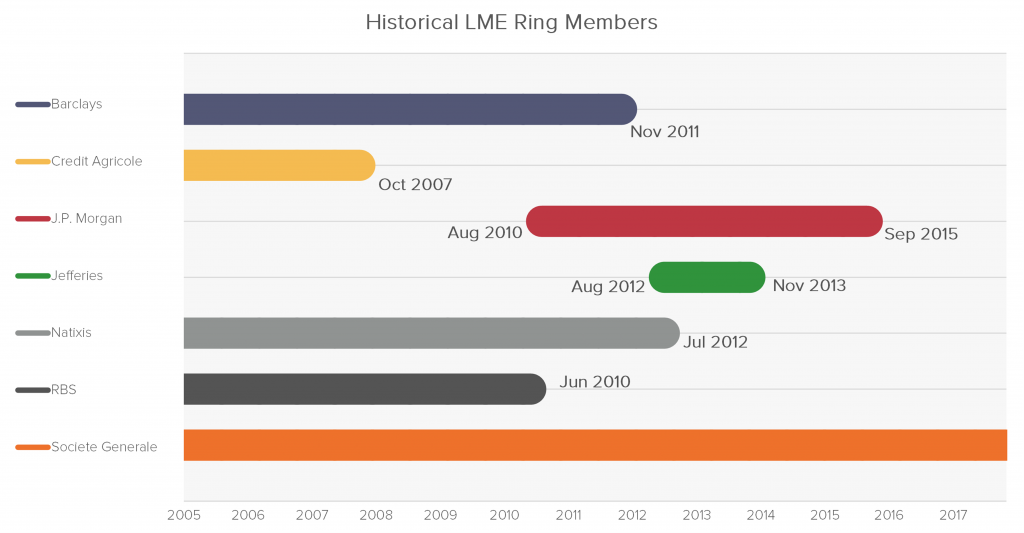 We note that some of the world’s largest commodity traders, such BHP Billiton and Glencore, are category 5 members which are not regulated.

Fideres investigated the average intraday price movements of CME copper futures and found that copper prices have on average decreased sharply during the 30-minute window leading up to the close of the second Ring session.

As shown in the chart below, this sharp average downward movement is unique to the second Ring session, at the end of which the Official Price is determined. 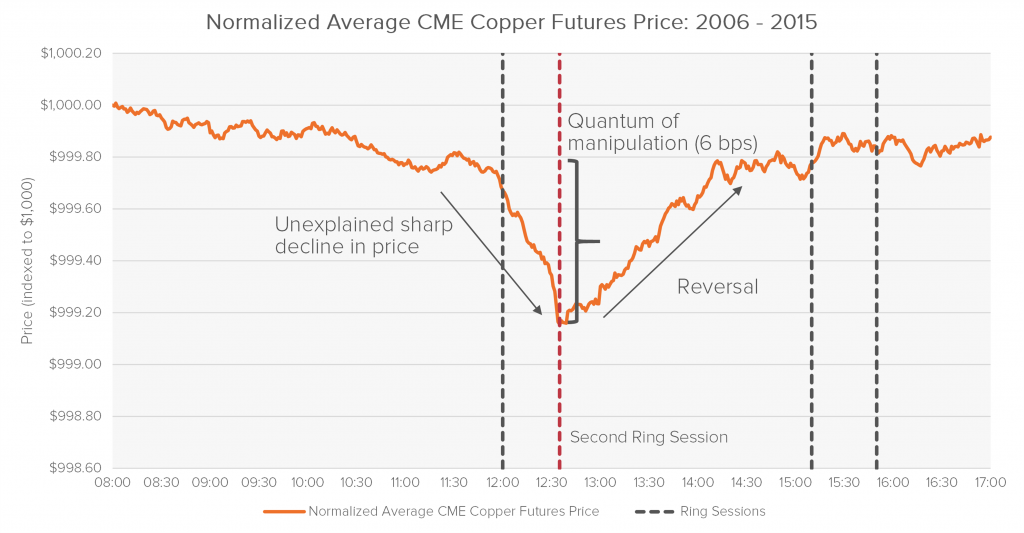 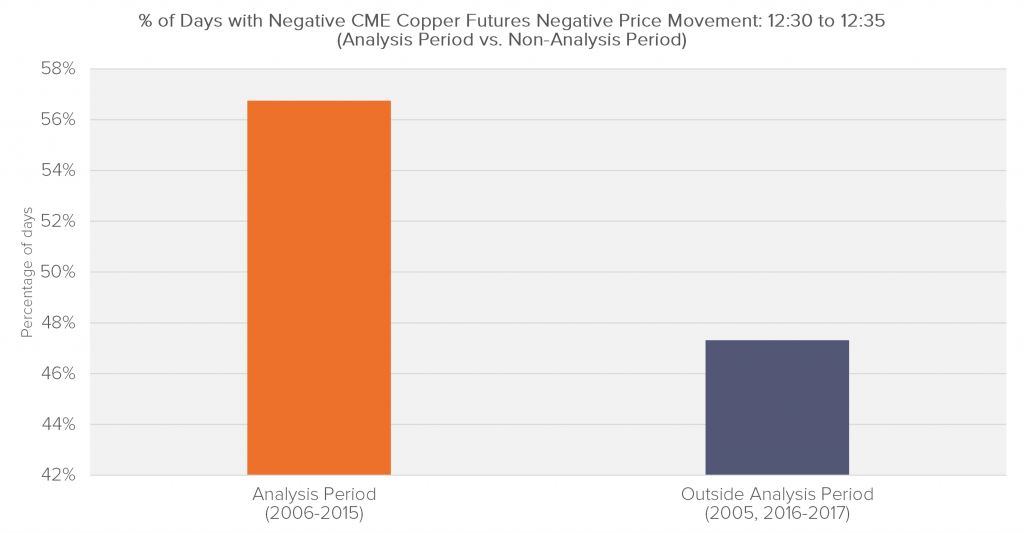 This is also confirmed if we look at the percentage of days with positive and negative movement by year. 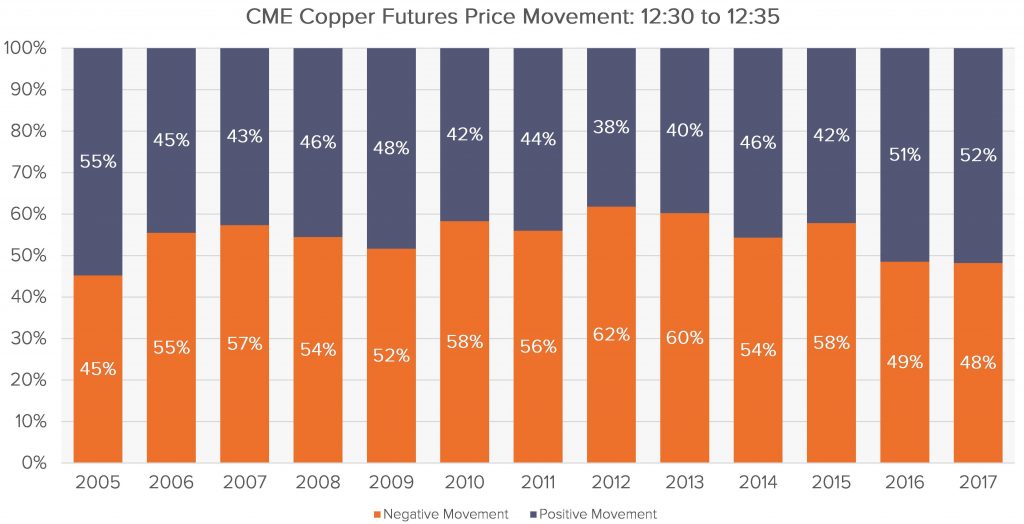 The chart below exhibits the 30 minutes Squared Error of the Average for the Analysis Period and Post Analysis Period. As it is possible to see, the pattern is different between the two periods. 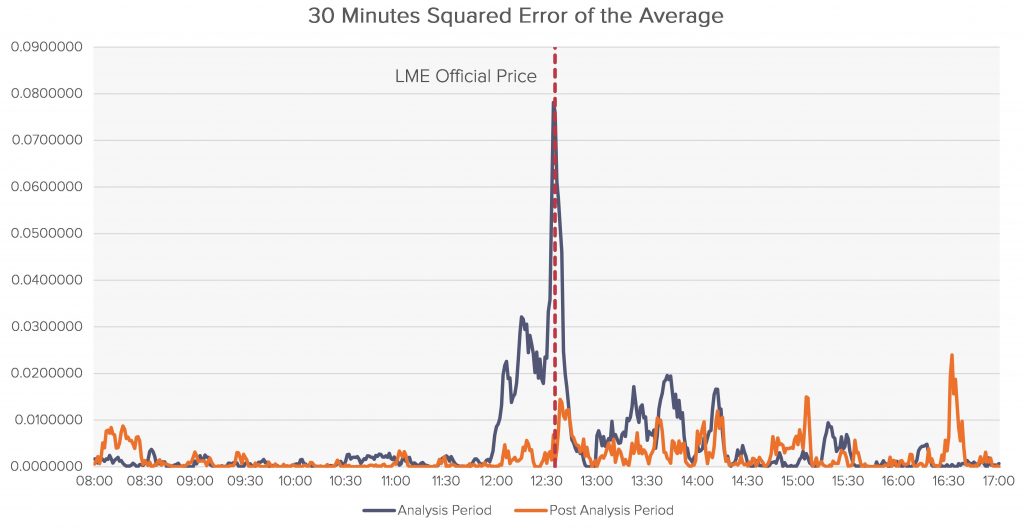 The spike of the squared error of the average during the Analysis Period concurrently to the LME Official Price fix is bigger in magnitude than Post Analysis Period.

Fideres has identified 27 LME fines related to manipulative copper trading in the Ring. Despite these fines, LME has failed to take decisive action to prevent the market from being distorted by manipulative trades.

5 LME Closing Prices are determined by the Pricing Committee across all prompt dates using trades, bids and offers (including indicative trades) transacted throughout the day. Closing Prices are used by LME Clear and LME members to calculate margins.

Robert joined Fideres in 2014. Over the past 5 years, Robert has acted as a consulting expert and assisted testifying experts in over 10 high-profile cases covering various stages. Robert leads the financial market investigation team who are actively involved in cases in relation to interest rate manipulation (ISDAfix, LIBOR, CDOR), auction manipulation (US and Mexican Treasuries) and benchmark manipulation (VIX). He also leads the technology sector investigation team in relation to the DRAM price-fixing allegations. Robert completed his MSc in Risk Management and Financial Engineering at Imperial College with distinction. Prior to this, he obtained a BSc Economics degree from Shanghai University of Finance and Economics.