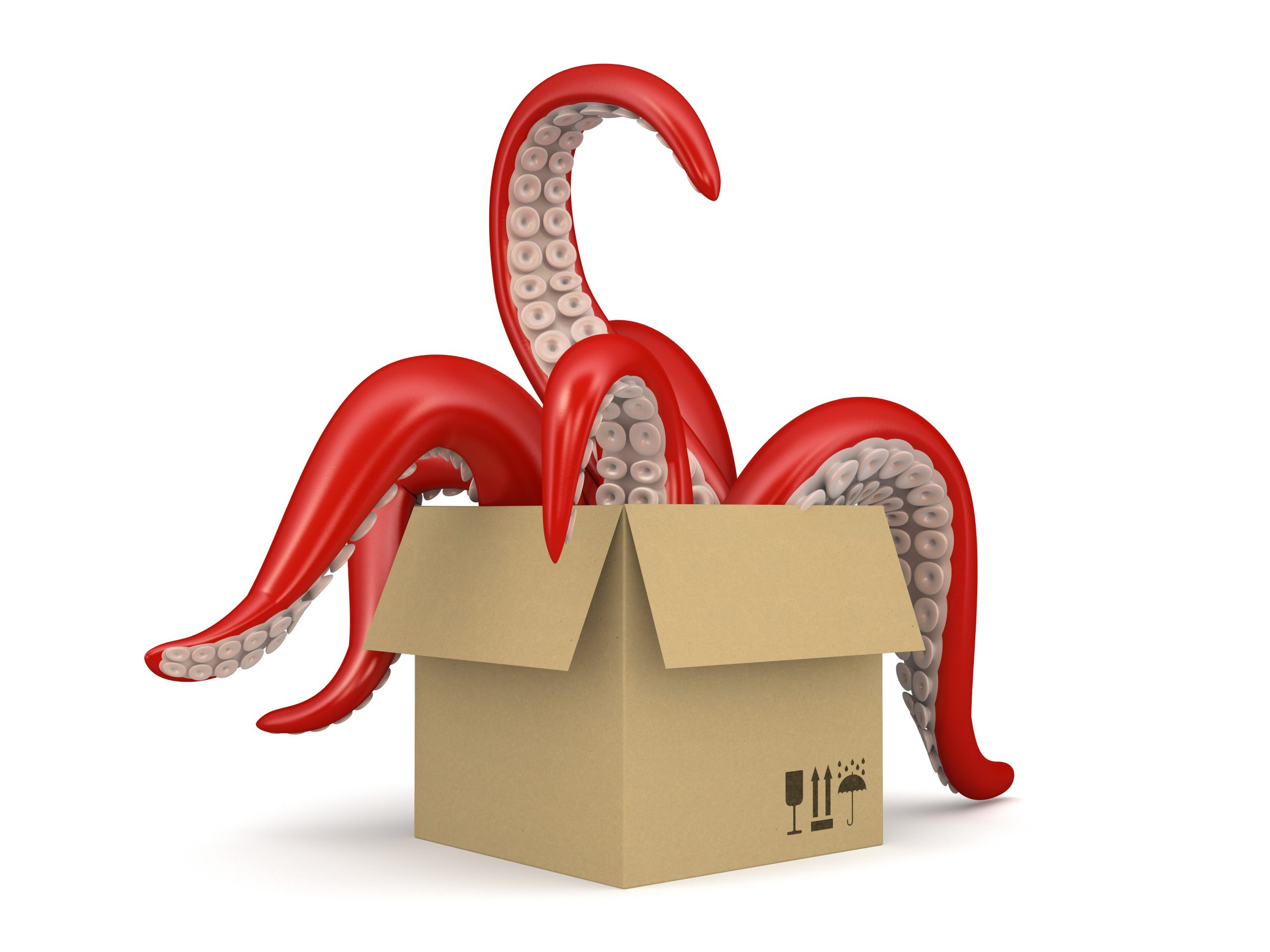 Home » FedEx And UPS: Who’s Got The Better Package?

FedEx and UPS have long held a duopoly in the United States, with a combined market share of around 70% in 2020. Although FedEx is associated with rapid air freight and UPS with ground deliveries, both companies offer both kinds of courier services and are in competition with one another for the same corporate contracts and general business. As such, they should in principle compete for market share by offering lower prices to one another’s customers.

However, publicly-posted price increases (the general rate increase, or “GRI” – see 2.2 below) for these companies have outstripped inflation for the past decade. The price increases have come in lockstep, each announced several months in advance.

UPS and FedEx both publish their prices months in advance in lengthy booklets detailing prices for various destinations and speeds. For the larger clients that make up the bulk of their revenue, courier services negotiate private contracts that specify discounts or exemptions to these public rates. In addition to the list prices, the couriers add surcharges for additional services, such as exceptionally weighty items or items delivered to unusually remote areas.

According to a few ex-employees who agreed to speak with Fideres as part of this investigation, the contracts that govern rate payments with corporate clients are negotiated for multi-year terms. UPS, for instance, appears to be pushing for longer-term contracts which include penalties for renegotiating rates.1 On an earnings call from 2021, UPS attributed revenue growth to customers being “locked in” to contracts.2

Synchronization of Price Increases Between FedEx and UPS

A useful summary of price increases is “GRI,” or General Rate Increase. This is a headline number, independently published by both companies, which summarizes the average rate increases each year across all types of services.

FedEx and UPS have both announced GRIs of exactly 4.9% each year (and 5.9% in 2022). Both companies have also been highly consistent in their increases for individual sub-services and surcharges.

Market Structure and Comparison With the Canadian Market

In the United States, four companies – UPS, FedEx, USPS and Amazon – account for over 98% of parcel shipments. We calculated the Herfindahl-Hirschman Index (HHI) as approximately 2,800 – well above the threshold classified as “highly concentrated” by the Department of Justice. In contrast, the HHI of the Canadian market is around 1,100, which is classified as “low concentration.”

This lower degree of industry concentration appears to coincide with lower prices, perhaps because of sharper competition on price. FedEx does not appear publish a GRI release for the Canadian market. Absent this advance information about their chief rival’s pricing, price increases posted by UPS are significantly smaller. In 2022, UPS’s Canadian rates increased by 2.8% on average, as opposed to 5.9% in the US.

In the US, FedEx is typically the first to announce (usually in September), followed by UPS in October or November. Apart from 2017, FedEx has consistently published GRIs around a month in advance of its competitor for seven of the last eight years, seemingly without concern for the risk of UPS undercutting their list rates.

Orange-highlighted entries in the table below indicate the first mover in pricing announcements for each year.

These rates are announced several months in advance of when they come into force (the start of the subsequent year). This long lead time in announcements allows the companies to monitor one another’s conduct and reciprocate one another’s price hikes – an opportunity that has long been identified in competition law with potentially anticompetitive price signaling.4

Are FedEx and UPS Colluding on Prices?

FedEx cites “increased operating costs” to justify certain surcharges. While the COVID-19 pandemic saw a huge spike in demand for shipping services, there were also labor shortages and rising fuel costs. Both companies’ operating margins dipped in 2020, coinciding with the start of the pandemic. However, in 2021, FedEx and UPS’s operating margins increased by 100% and 45% respectively, with FedEx’s representing its highest level since 2017.

Although costs, and the demand for their services, are affected by similar factors for both companies, that both companies would independently choose identical price increases across such a wide variety of rates, fees, and surcharges by coincidence, is astronomically unlikely. UPS is matching FedEx’s published price increases in the years when FedEx publishes first, and vice versa.

Notably, FedEx and UPS have been the target of a number of antitrust investigations in other jurisdictions, which have produced both fines and concrete evidence that the two companies have engaged in price-fixing agreements with competitors. Prior antitrust fines in the global courier industry include a 2012 European Commission fine of €169 million imposed on 14 freight forwarding companies, including UPS, for operating 4 price fixing cartels and colluding on surcharges,5 and a 2015 French Competition Authority fine of €672 million imposed on 20 companies, including FedEx, for meeting “on the sidelines of an industry group” to fix annual price increases.6 Most recently, the Spanish Competition Authority fined a number of courier companies, including FedEx and UPS, €68 million for colluding to allocate customers.7

Are FedEx and UPS Colluding on Prices?

Antitrust agreements are, by nature, secretive and self-concealing. If such an agreement does exist between FedEx and UPS regarding their annual rate increases, it would make the obvious and public nature of the synchronized price increases a curious exception to this rule. Industry analysts have noted that “the resemblance in the GRI is striking” and that it is “peculiar” how “closely aligned” rates are.8 However, there appears to be little analysis seriously questioning why this is the case.

Without evidence, we cannot know for sure whether these uniform price increases are merely the product of independent parallel conduct, or whether they are the result of an anticompetitive agreement.  One thing is certain – if past years are anything to go by, it will not be difficult to predict the pattern of FedEx and UPS’s GRIs when these are published later this year.

2 “The rate, as you know, most of our contracts are locked in for multi-year contracts, so those rates are in place driving the 5.5% revenue growth.” UPS Q4 2021 earnings call transcript, available at https://seekingalpha.com/article/4483206-united-parcel-services-ups-ceo-carol-tome-on-q4-2021-results-earnings-call-transcript

4 For instance, a Department of Justice investigation into the airline industry in 1993 which argued that (quoting from Severin Borenstein, a DoJ consultant in the matter) “The Department recognized that some consumers may have benefited from pre-announcement of fare increases… it argued that such benefits were likely to be very small in comparison to the opportunity that preannouncement afforded airlines to coordinate price increases… The practice of pre-announcing price increases could still be a device intended to facilitate collusion.” See http://faculty.haas.berkeley.edu/borenste/download/atpcase1.pdf.  An European Commission  investigation into the liner shipping industry in 2016 likewise raised concerns that “similar intended rate increases for the same routes with similar implementation dates.. allowed alignment of behavior through advance awareness of each other’s pricing intentions. See https://www.nortonrosefulbright.com/en/knowledge/publications/247153d0/can-public-price-announcements-be-an-invitation-to-collude-the-eus-liner-shipping-investigation.

Emily joined Fideres in December 2020. She holds a degree in Music from Durham University and went on to complete her Law degree at The College of Law in London. After graduating, Emily gained litigation support experience at an international law firm in London. Prior to joining Fideres, she worked as a paralegal at a law firm in New York City, where she was involved in a securities litigation and assisted with a number of blog posts covering trends in the credit markets.