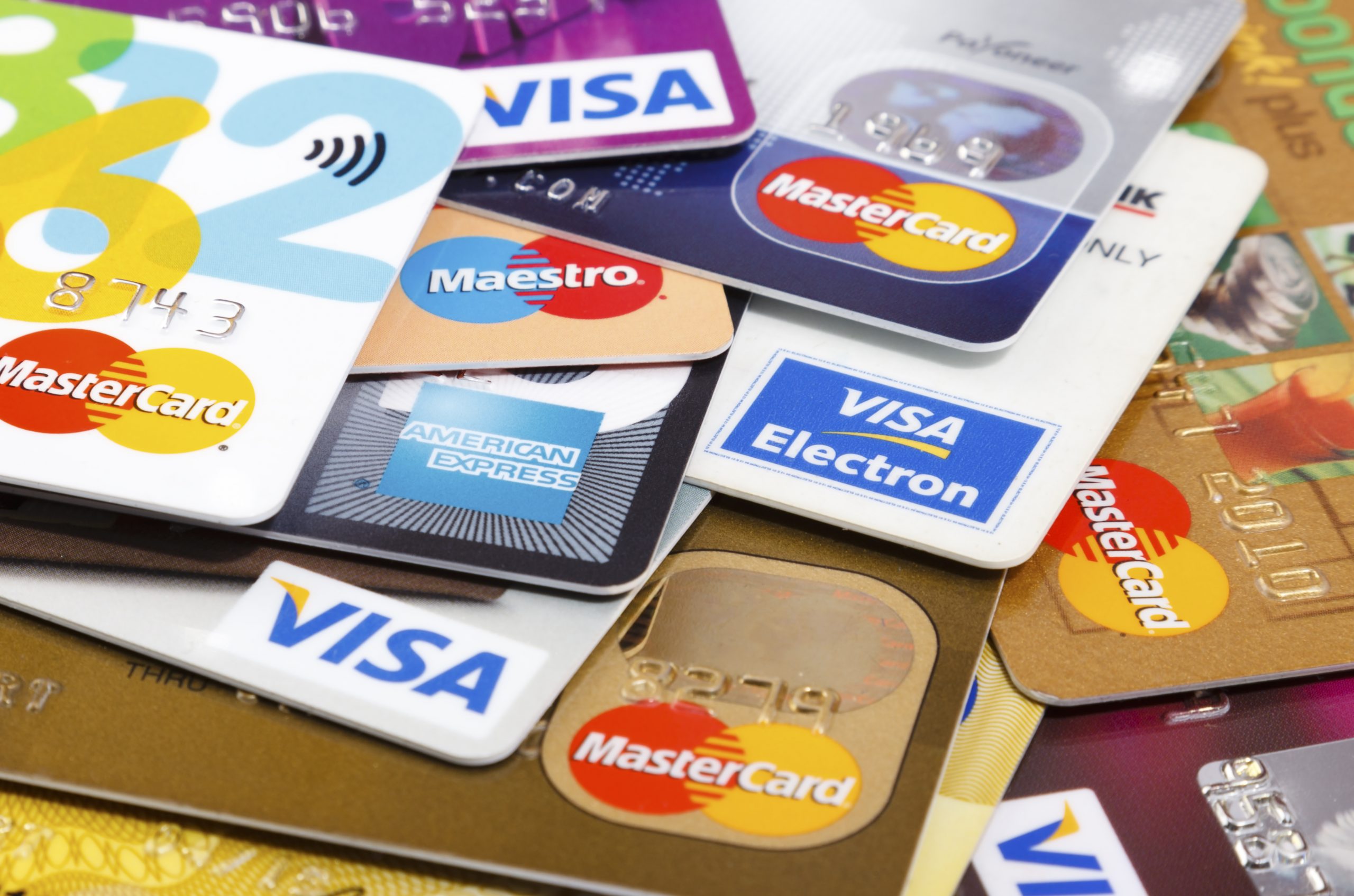 On 31 March 2021, the PSR announced an aggregate fine of  £32 million against Mastercard, Allpay and EML, who admitted the charges of market allocation. The press release2 specifies that the anticompetitive conduct affected the services provided to local authorities in the UK.

Councils typically award annual or multi-annual contracts to prepaid programme operators under public tenders. An analysis of the government public tenders database3 has produced the following information in relation to prepaid contracts:

Why Do UK Local Authorities Use Prepaid Cards?

Since at least 20114, local authorities have been using prepaid cards for the payment of select types of benefits to council residents. After the implementation of Universal Credit5 in 2018, there are two main types of benefits that fall under the remit of local authorities: housing benefits (with the exception of those comprised under Universal Credit) and social care benefits (disability allowance, carer allowance and others).

Prepaid cards are seen as the solution to some of the challenges faced by councils. Councils often mention the following benefits of prepaid cards:

Prepaid card programmes are rolled out through public procurement tenders, published on the government tenders portal. Over time, a number of local authorities have joined framework agreement schemes, in order to centralise a number of administrative functions such as the negotiating, setting up and ongoing monitoring of arrangements with prepaid card providers (examples include the North East Purchasing Organisation prepaid cards framework agreement and the Surrey County Council Framework Agreement). Organisations such as the National Prepaid Cards Network also provide guidance and support on how to prepare and run the tender process for the roll-out of prepaid card schemes.

To the extent that market allocation occurred, as alleged by the PSR, limited or no competition would occur and we expect to see tenders being awarded at the upper end of the pricing range of the estimated value of the contract as specified by the local authority in the tender document.

How Common Is the Use of Prepaid Cards?

According to the National Prepaid Cards Network, as of August 2018 over 130 councils (out of a total of 152 Councils with Adult Social Services Responsibilities9 10), 20 Clinical Commissioning Groups and 12 housing associations used prepaid cards to deliver direct payments and other services.11 EML also provides a list of local authorities using prepaid card schemes.12

Based on figures provided by the National Prepaid Cards Network13, we have estimated the aggregate amounts uploaded on prepaid cards at approximately £2.2-2.5bn.

For Which Purposes Do Councils Use Prepaid Cards?

Councils use prepaid cards for a variety of purposes, both in their capacity as agency and employer.

Use of Prepaid Cards as an Agency

Prepaid cards are used for making direct payments to customers for a variety of reasons:

Use of Prepaid Cards as an Employer

Councils can also use prepaid cards to replace traditional payment methods in its role as an employer in applications such as:

Use of Prepaid Cards for the Payment of Social Care Benefits

The chart below shows the historical evolution of social care spending: 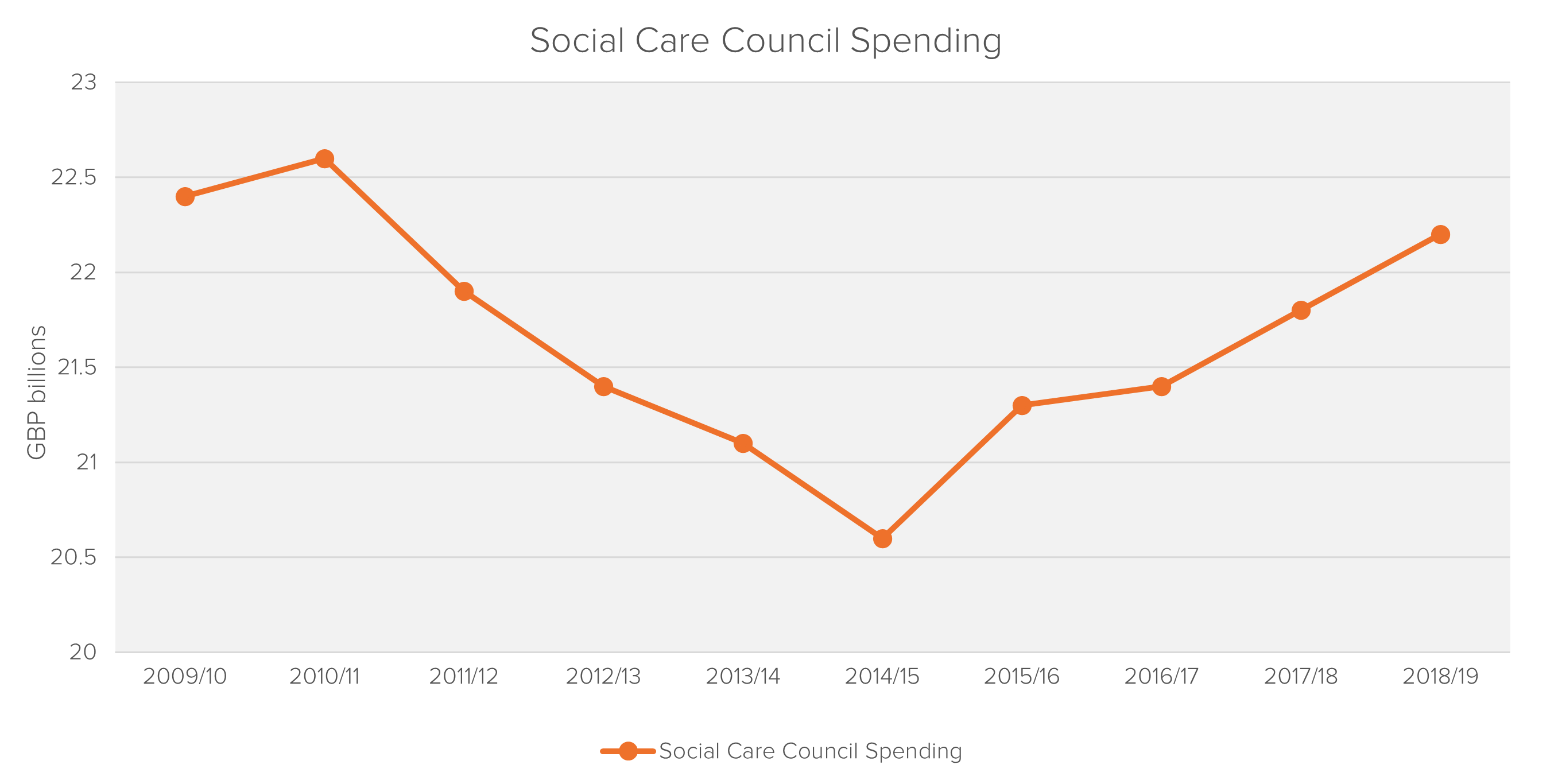 A 2017 study16 submitted freedom of information requests to all UK local authorities with social care budget responsibility, in order to assess the use of prepaid cards. They found that 15% of social care payments were made by prepaid cards.

During the 2017 study, pre-paid cards were used in an estimated 69 of the 152 authorities surveyed, or 46% of the total. Fideres’s research shows that today, the proportion has increased to 78%: 116 out of 148 authorities make use of prepaid cards.

Based on an estimate of 15% of people who receive direct payments via prepaid cards18 and an annual social care spending figure of approximately £20bn, the amount of funds uploaded onto prepaid cards annually is in the region of £2.3bn.

Fideres has filtered publicly available sources of council tenders19. Over the period from January 2015 to now, UK local authorities have awarded contracts to prepaid card networks with an aggregate value of approximately £36 million.

The data shows that PFS won 76% of all tenders for prepaid card services run by local authorities since 2015, Allpay won 23%, and the remaining contracts were awarded to APS. Although there could be other contracts not subject to public tender, these figures give us an indication of why PFS and Allpay appear to have settled the charges levied against them by the PSR.

The table below provides a breakdown of the prepaid contracts awarded by tender over the past twelve months, according to bidstats a search engine for UK public sector contracts.20

The market allocation conduct admitted by the prepaid card providers has likely caused anticompetitive injury to both councils and consumers.

Councils incur fixed (one-off) and variable (ongoing) charges for the set-up and running of prepaid schemes. Typical charges21 include:

Based on the figures we have gathered, we estimate the total spending over six years across the 116 local authorities using prepaid cards as below:

As a result, damages are probably too low to make a private enforcement action viable in the English courts.

5 As defined by the UK government “Universal Credit is a payment for people over 18 but under State Pension age who are on a low income or out of work. It includes support for the cost of housing, children and childcare, and financial support for people with disabilities, carers and people too ill to work”.

13 Presentation dated August 2018 by the CEO of the Network presents a figure of GBP312m for the first five months of the 2018/19 financial year. We used this figure to extrapolate the amount of funds uploaded.

16 “Payment Cards in Adult Social Care, A National Overview 2017”, researched and written by In Control and published by Shaw Trust on behalf of Living Strategy Group.

18 “Payment Cards in Adult Social Care, A National Overview 2017”, researched and written by In Control and published by Shaw Trust on behalf of Living Strategy Group.

21 Based on an official Allpay document, disclosed by the UK Government: https://www.digitalmarketplace.service.gov.uk/g-cloud/services/382806147391897 under Pricing Document and also: https://prepaidnetwork.org.uk/web-cont1001/uploads/Guide-to-the-use-of-Prepaid-Cards-2nd-edition.pdf , page 11