In his latest book The Great Reversal, NYU Professor Thomas Philippon illustrates, with a wealth of data, how pro-competitive and pro-consumer policies allowed prices for consumer goods and services in the European single market to drop at levels significantly below those now seen in the US. Thus, while the US used to be a role model for competitive markets and consumer welfare, it now lags behind. Among the reasons behind this reversal, Prof. Philippon mentions the growing power of corporate lobbying groups in the US. It is Fideres’s opinion that this same lobbying pressure is at risk of also threatening the ability of consumers to enforce their rights through class actions and other collective redress mechanisms in the US, Europe and other developed economies.

As a central piece of consumer law across many developed economies, class action lawsuits and collective redress mechanisms provide restitution to plaintiffs who would otherwise be unable to afford an attorney. Moreover, these mechanisms reduce the cost of litigation, and ensure that plaintiffs with similar injuries are treated consistently. Major scandals like Volkswagen’s “Dieselgate,” which impacted multiple consumers across multiple jurisdictions, have highlighted the need for such mechanisms.

Yet, regulatory developments have gradually chipped away at the ability of consumers to put forward collective claims. It is a worrying development that threatens to tip the balance in favor of large corporations, who are usually the defendants in such cases. These trends could ultimately result in lower private enforcement of consumer and competition laws, with the effect of reversing pro-competitive and pro-consumer gains made in Europe and other parts of the world.

In this note, we explore these developments in the US, Canada, Australia, and Europe.

Arbitration Clauses in the US

Unilateral arbitration clauses in contracts or agreements allow the contracting party to opt for either arbitration or litigation at their discretion. These clauses, often coupled with class action waivers, prevent consumers or employees from joining as a class to seek relief from corporate wrongdoing. In 2015, the Consumer Financial Protection Bureau found that 53% of the credit card agreements and 92% of prepaid card agreements included mandatory arbitration clauses.1 The Federal Arbitration Act (FAA) in the United States makes arbitration “valid, irrevocable, and enforceable,” and recent Supreme Court decisions have only strengthened that position.2

While Australia instituted its class action regime in 1992, the class action litigation industry grew significantly in 2013. Recently, however, several Court decisions and regulatory changes have put a damper on the financing of new cases.

On December 4, 2019, the High Court of Australia (“High Court”) ruled that the Federal Court of Australia and the Supreme Court of New South Wales do not have the power to make Common Fund Orders (CFOs) in class actions.4 As a result, litigation funders can no longer be certain about receiving CFO at the end of a successful case. This uncertainty affects funders’ willingness to finance certain representative actions, especially where the value of the claim may be smaller.5 Funders will only be able to recoup the following investments from any settlement or judgement amount:

The decision has significant implications for the class action market more broadly, as it may have the following effects:6

The Class Action Landscape in Europe

European Union law contains no overarching legal framework for the collective action regimes of Member states. While several member states, including the UK and the Netherlands, have established their own collective action mechanisms, disparities remain in the options available to prospective plaintiffs. The European Union plans to expand its collective action framework through the Collective Redress Directive, allowing for cross-border claims where member states may form a class in another member state’s courts. Yet, even this effort is facing pushback from corporate lobbying groups. On June 2, 2020 representatives of Europe’s business community issued a joint statement looking to delay the adoption of the Collective Redress Directive.7

The Competition Appeal Tribunal (CAT) in the UK scrutinized the application for “opt-out” collective proceedings in Walter Merricks MBE against MasterCard. The CAT found that, amongst other deficiencies in the data required to substantiate the claim, the lack of a credible methodology for determining loss meant that it was unable to approve the application for a collective proceeding order (CPO). The CAT’s decision has already adjourned two separate CPO applications brought by groups seeking to recover damages from truck manufacturers until December 2020.8

Germany’s court system does not have a traditional class action regime. This has led to the development of several alternative models or special purpose vehicles (SPVs).9 Individual claimants assign their claims to an SPV to act as a plaintiff in the court proceedings. The litigation funder finances and absorbs the entire risk of the SPV in return for a fee upon a successful court decision. All SPVs models must comply with the Act on Out-of-Court Legal Services (Rechtsdienstleistungsgesetz, RDG) as these legal services technically operate as debt collecting agencies. A violation of RDG typically invalidates the claim assignments.10 Recently, these types of SPVs have come under scrutiny. In February 2020, the Munich district court dismissed a claims-bundling lawsuit against truck manufacturers as impermissible under RDG. The case bundled the claims of truck producers to pursue cartel damages against European truck producers and their German subsidiaries. The court determined that the SPV’s legal services were not geared from the outset as an out-of-court action, but exclusively as a judicial activity. Additionally, after examining the contractual provisions, the court found the plaintiff’s business model to exceed the boundaries of debt collection.11 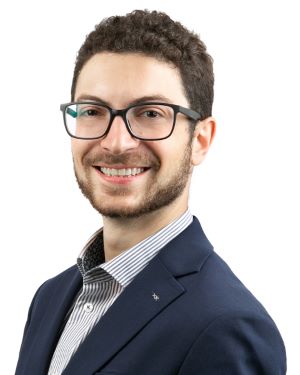 Dato joined Fideres in September 2019 after completing his M.Sc. in Economics and Institutions at the University of Marburg. His Master’s dissertation explored the effects of clientelist hiring practices on economic development in his home country, Georgia. He also holds a B.A. in Philosophy, Politics and Economics from the University of Pennsylvania, where his dissertation leveraged agent-based modelling to compare various insurgent group recruitment strategies. Prior to joining Fideres, Dato completed internships at the Foreign Policy Research Institute, MasterCard, and the Wharton Business School. Since joining, Dato has been building expertise in financial benchmark manipulation, auction bid-rigging, and agricultural antitrust cases.