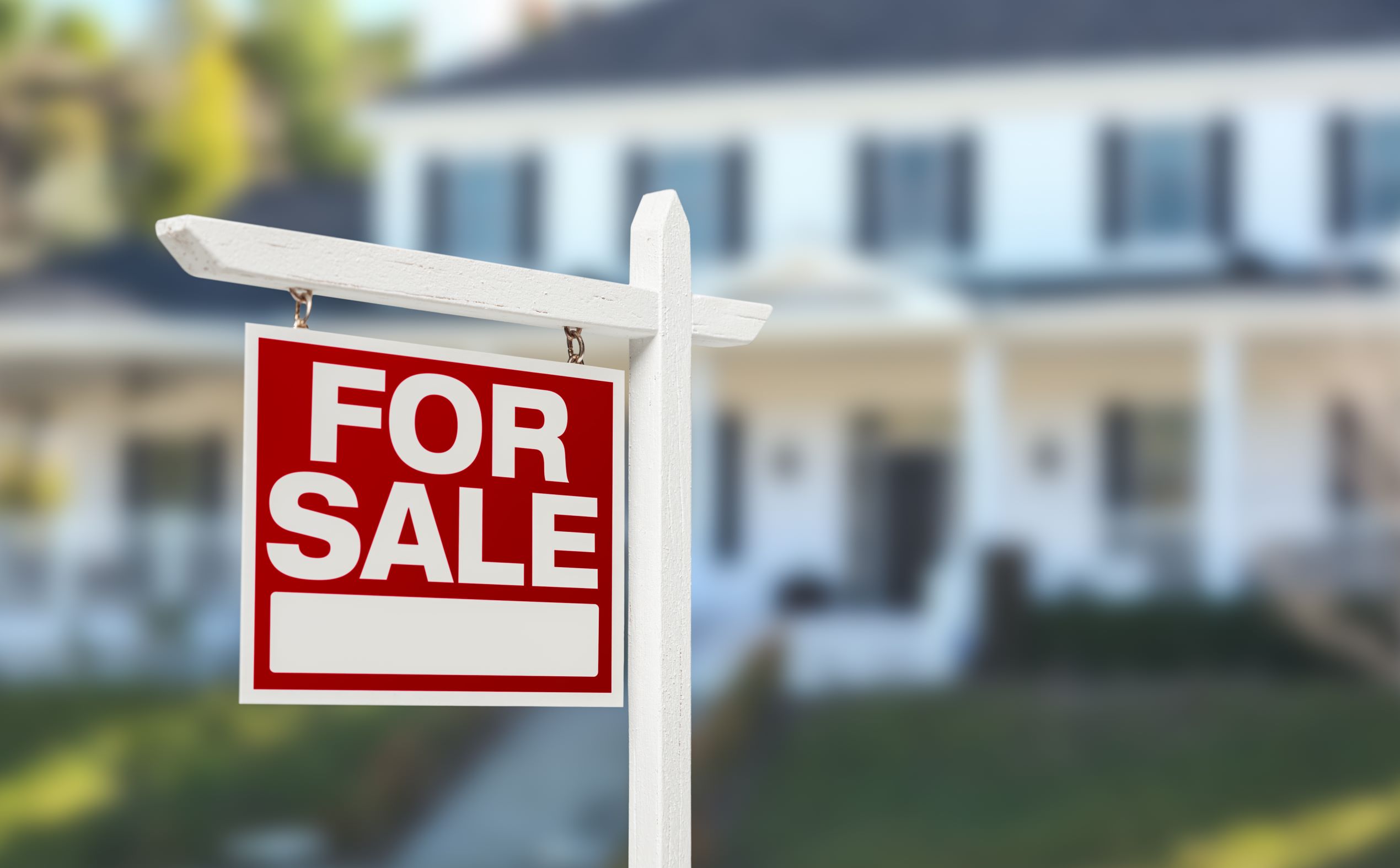 Title insurance protects homebuyers against disputes arising over ownership of property. Title insurers use records and public documents to verify that sellers are the legal property owners and collect a fee in exchange for an obligation to pay costs should a dispute arise. In 2017, the total amount of title insurance premiums paid in the US was approximately $15 billion.

Although it is possible for consumers to purchase title insurance directly on the open market, most homebuyers have title insurance selected for them by their real estate agents or mortgage brokers.

The transaction process may vary from state to state. The chart below provides an overview of the industry structure, its main players, and financial flows: 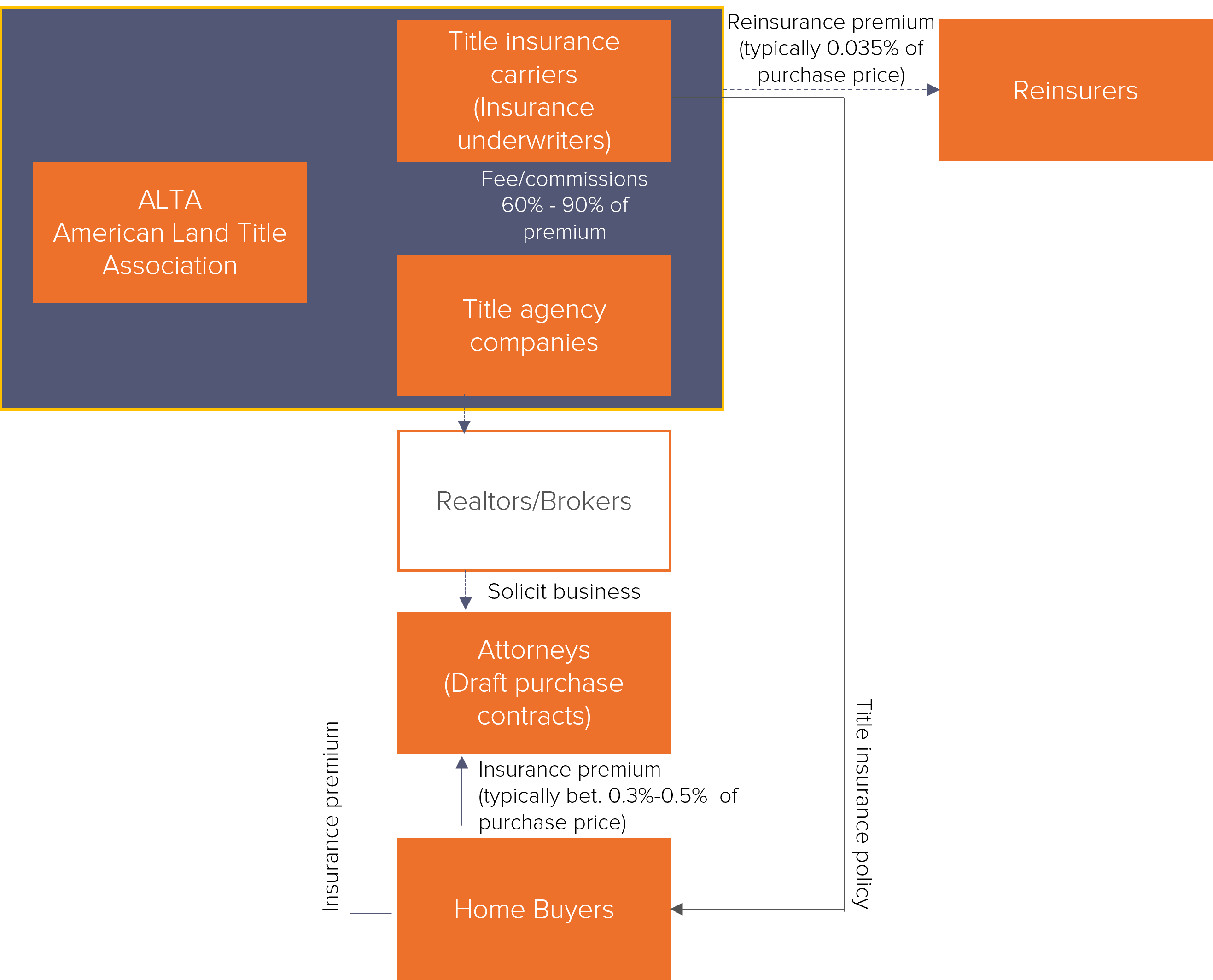 Title insurance is regulated at a state level, and the terms and conditions of regulations vary across states. For around forty states, regulations require charging a state mandated minimum premium. In certain states, for example, New Jersey, rates are proposed by trade organizations and implemented upon approval by local authorities. In more than seven states, however, rates remain unregulated.

The McCarran Fergusson Act is a federal law that exempts the business of insurance from most federal regulation, including federal antitrust actions to a large extent. Additionally, some federal appellate circuits also consider the “filed rate” doctrine as a successful defense to antitrust liability in title insurance cases.  Keeping the above immunity challenges in mind, we focus our analysis on states where premiums are unregulated, and insurers could exploit their market position without intervention to set unreasonably high rates.

Plus factors are economic circumstances that facilitate collusion. While they do not directly imply collusion, the presence of plus factors allows the easier formation and maintenance of a cartel. Fideres has identified the following plus factors in the title insurance market:

The market is highly concentrated with the four largest firms accounting for 85% of new premiums written. Market HHI is 2,174 (defined as a moderately concentrated market in terms of the DOJ Horizontal Merger Guidelines).

Increasing vertical integration and acquisitions of title agents within the industry has resulted in fewer firms competing at all levels, facilitating price collusion.

Similar to the structure in regulated states where official authorities are responsible for publishing the coordinated rates, it is likely that title insurance companies in unregulated states use downstream channels such as title agency companies to coordinate their prices.

Most of the developed world uses a land registration system called Torrens title, in which the state keeps a definitive record of land ownership and there is no need for title insurance as such. It is worth highlighting that Iowa, for example, has introduced a state-run title insurance system. Iowa Title Guaranty is the only entity authorized to do business in Iowa. Instead of having title insurance agents, Iowa certifies an abstractor to perform the records search, a private practice attorney then reviews it and issues an opinion – the abstract is then updated and loan completed. Iowa Guaranty passes on the charges to attorneys and abstractors, but no money goes back to the lender, eliminating the kickback problems. Any excess revenue beyond operating expenses is given to affordable housing initiatives in Iowa. The introduction of the Iowa state run scheme in 1987 has resulted in a reduction in premium costs:

Consumers based in states where title insurance premiums are not subject to a mandated minimum level might have paid inflated prices as a result of anti-competitive conduct by incumbent title insurance.

Based on the sample of regulated states and corresponding rates chosen, some preliminary findings are: