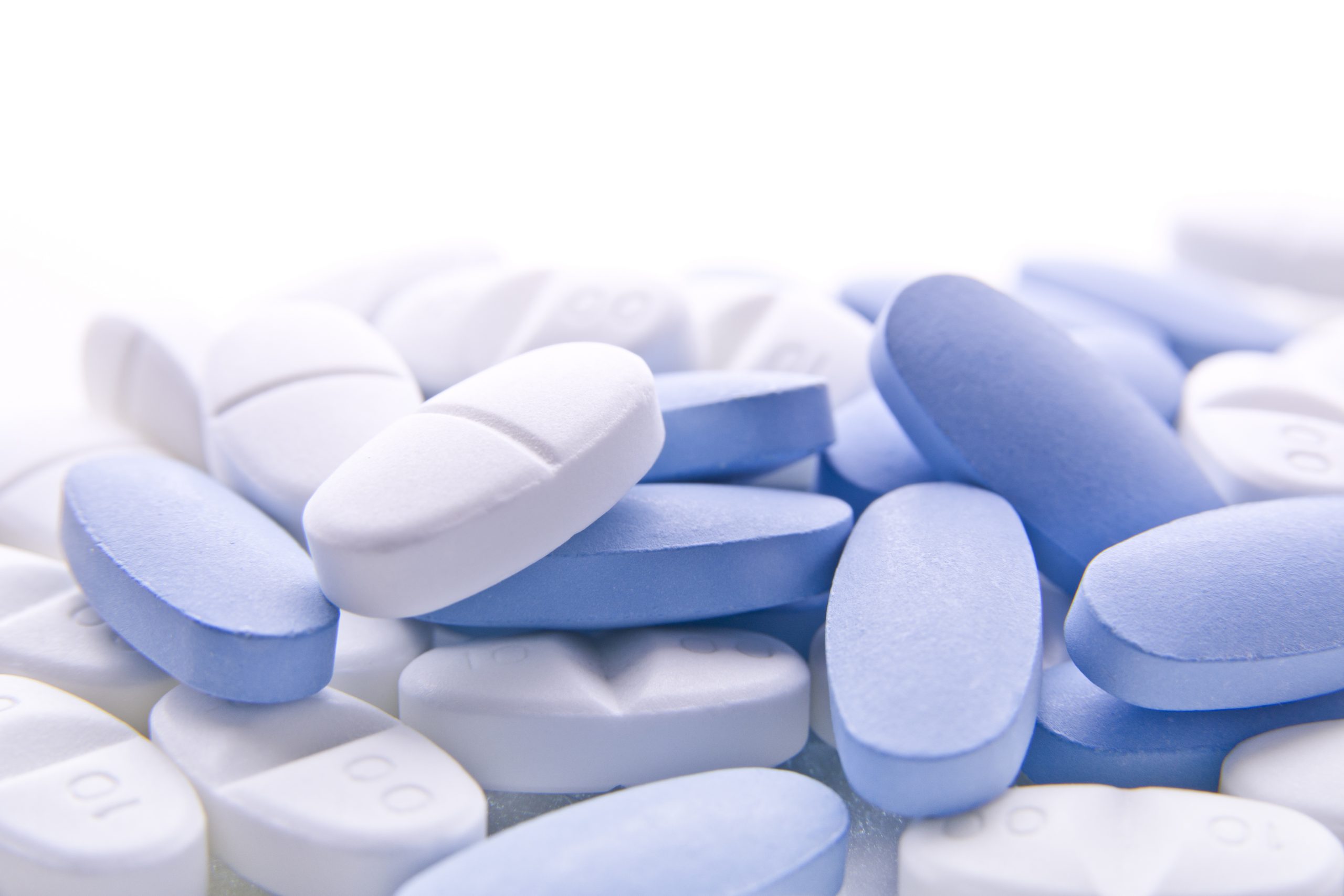 Since Senator Sanders’ initial 2014 investigation into drug prices, there have been over 68 antitrust lawsuits concerning over 10 different generic drugs. Fideres has found anomalous pricing patterns for a much larger number of drugs than what is covered by the current 68 cases, the DOJ investigation and the lawsuit filed by the Attorney Generals of 20 U.S. States, all alleging price-fixing.

Below is a timeline of cases filed concerning generic drug pricing: 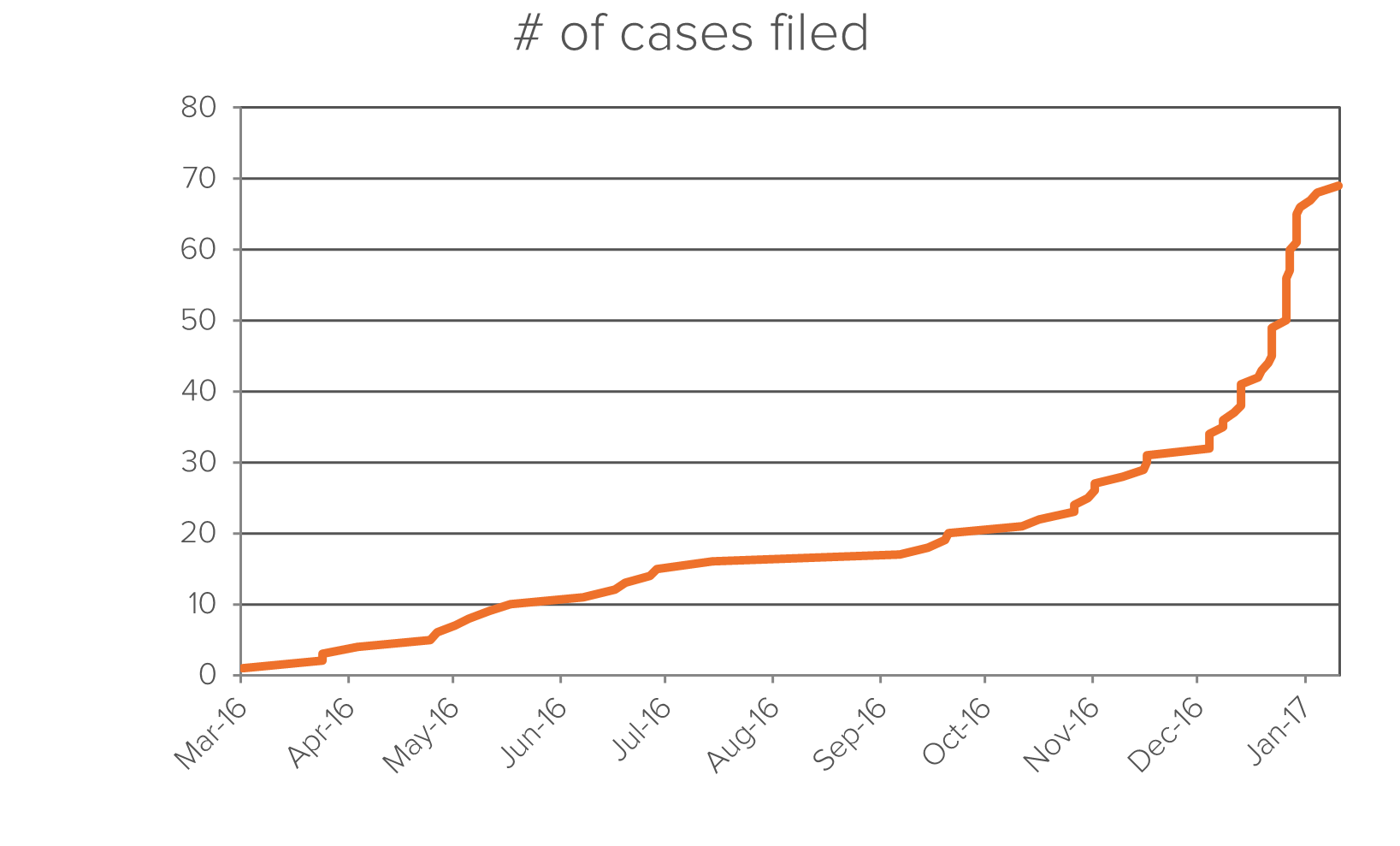 A report from the Government Accountability Office stated that more than 20% of the 1,441 generic drugs examined by the department had experienced a price hike of 100% or more between 2010 and 2015.

The phenomenon appears to be limited to the US generic drugs market. Fideres compared drug prices for a sample of drugs in the US, Norway, Denmark, and the UK and found that, over the period of 2010-2015, generic prices for the sample remained roughly constant outside the US. Other aspects of the US generics drug market include high barriers to entry and high market concentration among manufacturers.

Obtaining the rights to manufacture generic drugs is a lengthy process, even for specialized companies within the field. Drug manufacturing faces intense regulatory oversight and high manufacturing costs for every drug made. To bring a new generic drug to the market, manufacturers require an Abbreviated New Drug Application (ANDA). This takes on average 36 months to be approved by the FDA. However, the process can be lengthened if the FDA requires any amendments to the ANDA (Tier 1 & 2).

A sample timeline is below: 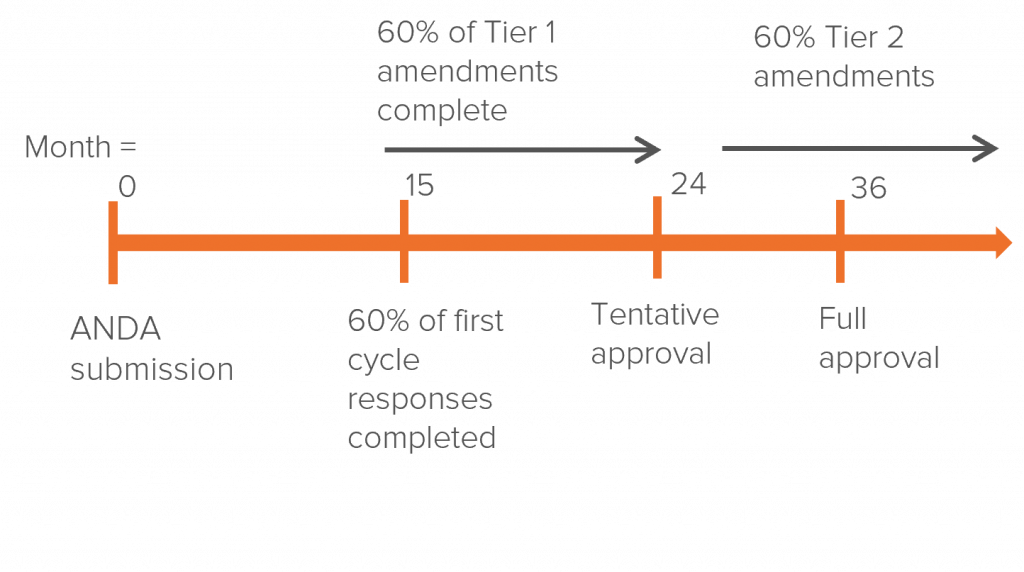 The following chart shows the market concentration for a sample drug: 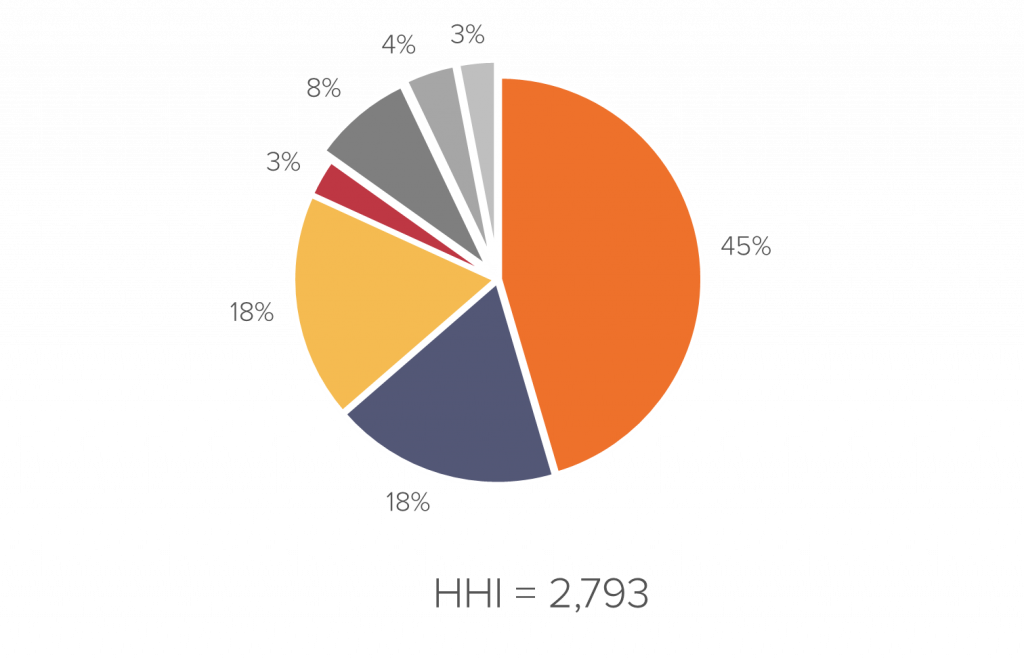 Fideres has analyzed the entire universe of generic drugs and calculated price changes over the period 2013-2016. The list was then narrowed down to include only generic drugs that experienced an increase in price by more than one manufacturer of more than 250% during this time period.

The outcome of Fideres’s analysis is a shortlist of over 90 drugs that experienced significant price hikes combined with similar timing of sales increases between 2013 and 2016.