What Do PBMs Have To Hide?

The Hidden Role Of PBMs And Insurers In The Supply Chain

While not a direct link in the physical supply chain, PBMs play an integral part of most consumer purchases. As is the case with manufacturers, wholesalers and pharmacies, the market for PBMs is highly concentrated. Following years of M&A activity, the top five PBMs account for more than 80% of all prescriptions dispensed in the U.S. 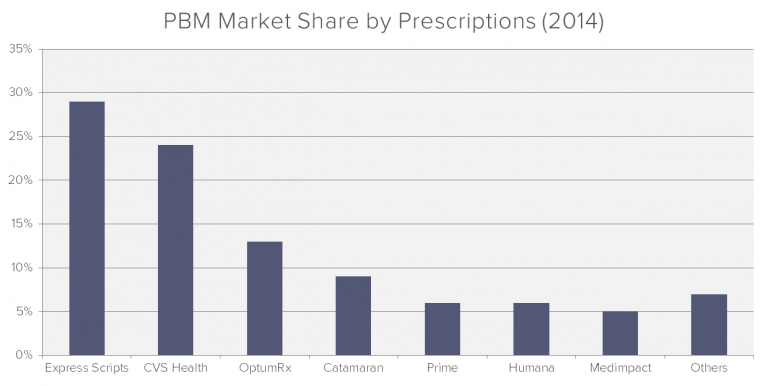 Manufacturers pay rebates retroactively to PBMs based on their ability to include drugs on a health insurer’s formulary and increase a manufacturer’s market share. These rebates are kept private and confidential. PBMs profit by taking a percentage of the spread between the list price and the “Net Price”. The “Net Price” generally means the true costs of the drug that insurers will pay, taking into account discounts and rebates. Pharmacies contract with PBMs to join their pharmacy network, which provides pharmacies with access to a greater number of customers, buying power and stable reimbursement.

The Hidden Incentives Of The PBMs

Due to the non-transparent and secret nature of rebates between manufacturers and PBMs it is difficult to know what percentage of these rebates are passed on as savings to insurers and how much is kept by the PBM.

Towards the end of 2016 Express Scripts received subpoenas from the DOJ and United States Attorney’s Office requesting information about its relationship with pharmaceutical companies, specialty pharmacies, prescription drug plan clients and payments made to and from those entities4.

With most consumers at some stage having to pay the list prices for drugs, the questions is, how much are the PBMs profiting from the “Spread”?

To date PBMs have received surprising little scrutiny over drug price increases, however is it time to start taking a deeper look into their business model?

To read a full overview of the pharmaceutical market, including detailed overviews of the full supply and payment chain, please click here.

The Price of Knowledge

Can Courts Rely On Benchmark Figures For Cartel Overcharges?