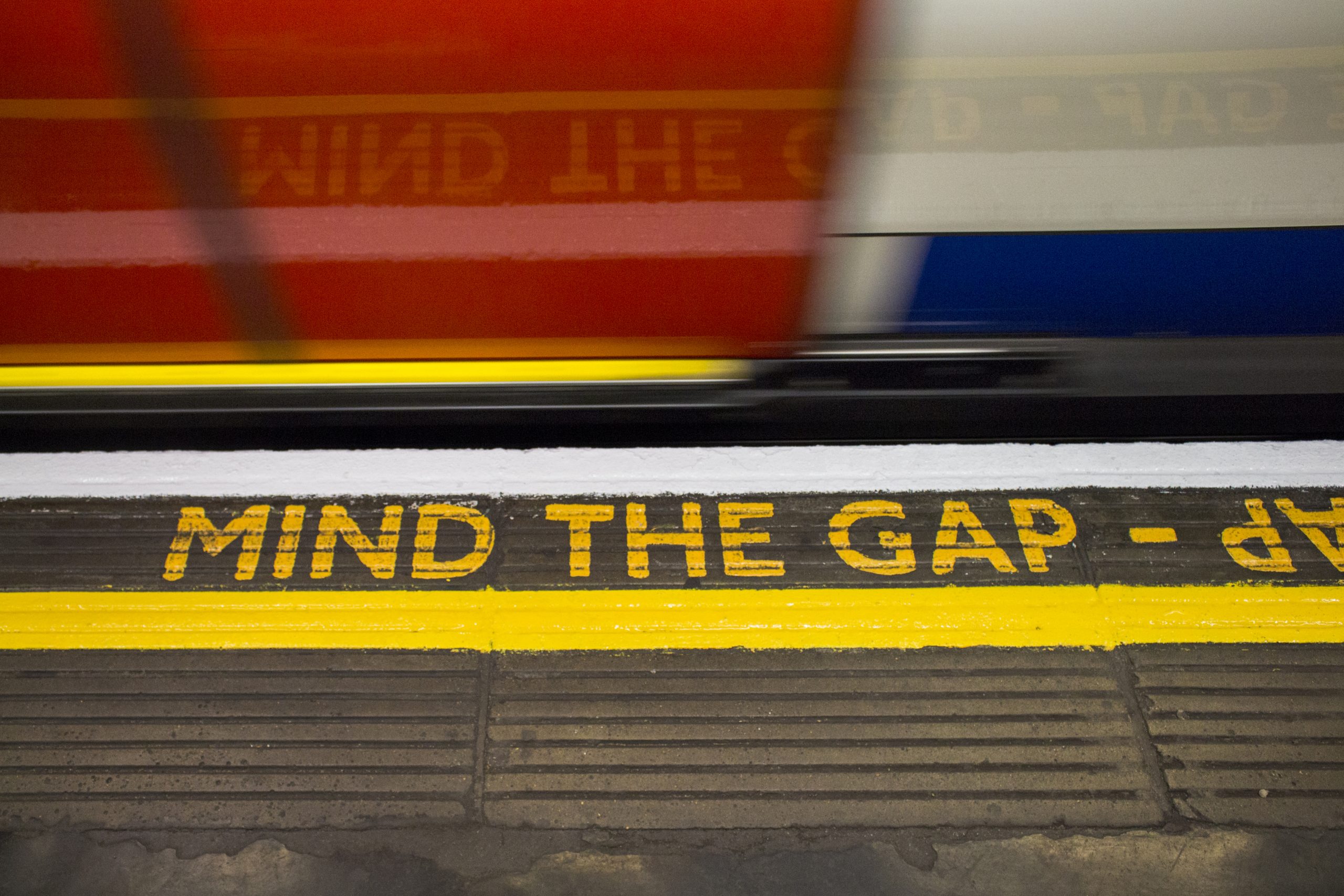 On 23 January 2019, Metro Bank revealed that hundreds of millions of pounds of commercial real estate loans and loans to commercial buy-to-let operators had been wrongly classified in risk terms.

Upon reassessment of the bank’s loan portfolios, around a tenth of its GBP 14.5bn loan book was found to have been assigned incorrect risk weightings.

Following Metro’s trading statement, its share price plummeted 39% from GBP 22.02 as of the closing on 22 January 2019 to GBP 13.45 on 23 January 2019. Within days of the disclosure, shares fell further to GBP 10.87. The price then recovered above GBP 15 to fall again to a record low of GBP 9.55 on 27 February 2019, a day after the bank announced the opening of investigations from the UK financial regulators.

Other securities issued by Metro Bank have also been impacted by the disclosures announced by the company. Metro Bank issued a bond on 26 June 2018 for GBP 250 million. This ten-year bond with a maturity date of 26 June 2028, also experienced a price drop of 6.2% following the 23 Jan announcement.

As of 27 February 2019, according to the official filings, Metro Bank’s top 20 shareholders are:

It is preliminary to determine whether Metro Bank’s behaviour may give rise to liability under section 90A of the Financial Services and Markets Act 2000 (FSMA).

Section 90A of FSMA imposes a liability on the issuer of securities in England to pay compensource: Bloombergation to a person who acquires, continues to hold or disposes of the securities in reliance of published information and who suffers loss in respect of those securities as a result of either:

where it can be shown that the issuer of the securities knew or ought to have known that the statement was untrue, or misleading or reckless as to its truth (or that the same effect would be caused by the omission of that information).

In England, there is no established methodology framework for calculating damages arising from breaches of securities laws. Fideres has therefore estimated damages using an  event study methodology widely used in the US other jurisdictions for this type of claims.

One of the principles behind the event study framework is that the issuer of the security should only be liable for the portion of damages based on the impact on the share price arising from the misleading statements made to the public. The use of regression models to strip out the effect of the industry-wide and market-specific price factors, allows one to construct a but-for share price, that is to say the share price that would have prevailed in the absence of misrepresentations.

The chart below compares Metro Bank’s actual share price to the ‘but-for’ share price calculated by Fideres’s model. The difference between the two lines represents the amount of artificial price inflation due to the misrepresentations. 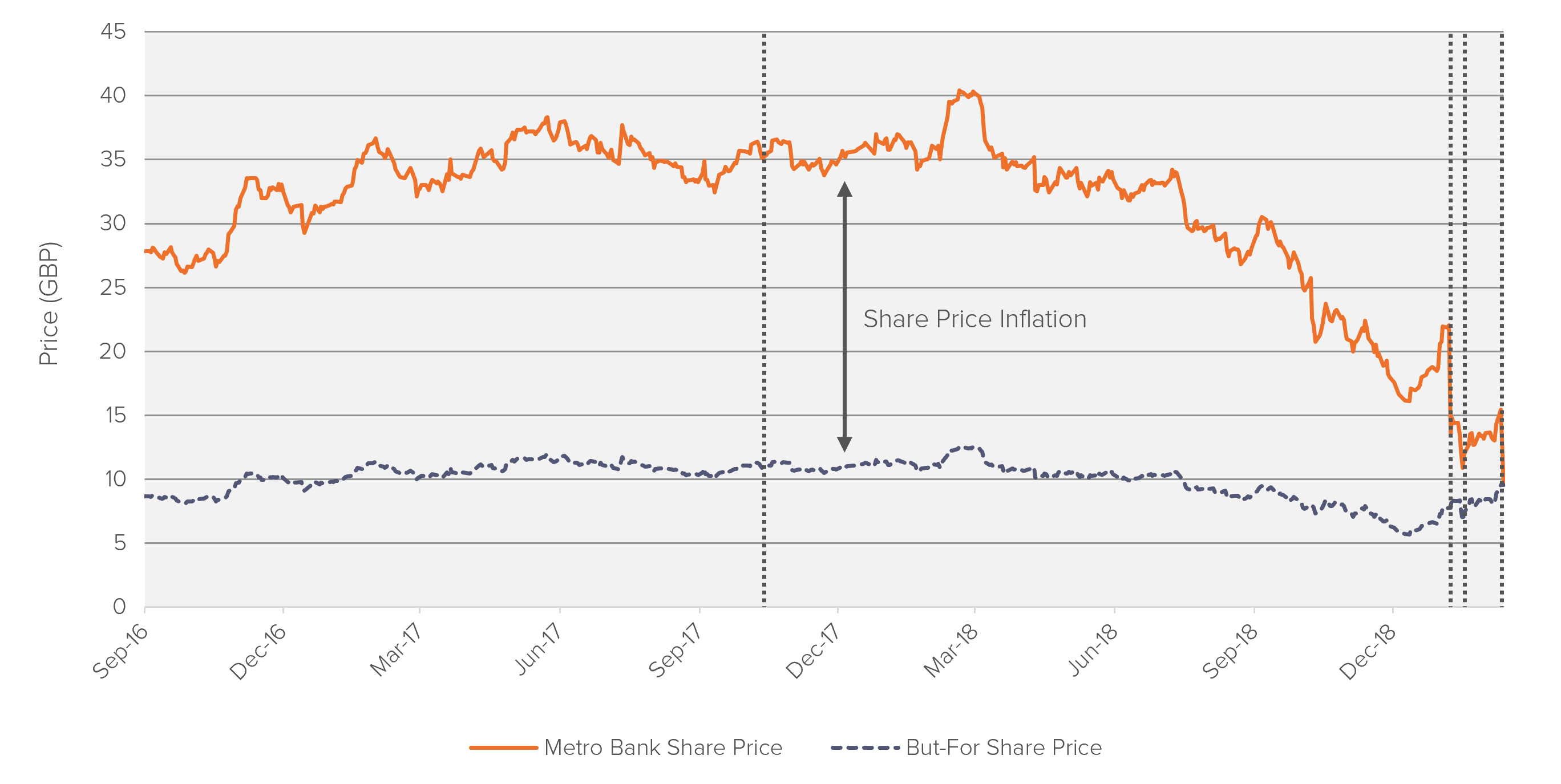 Using this methodology Fideres estimates that Metro Bank share investors may have incurred damages in excess of GBP 300m.

International banking regulations implemented by the Basel Committee (also known as the Basel Capital Accord, currently on its third version, also known as Basel III) mandate that banks in OECD countries must meet minimum capital standards. The minimum amount of capital required by each bank is calculated as a function of the riskiness of its assets: the riskier a bank’s assets are, the higher the bank’s capital must be.

The first step in determining a bank’s minimum capital requirement is to calculate the risk of the banks’ assets.

In order to guarantee a level playing field, the regulations provide for a standardised methodology for the determination of the riskiness of the assets in the form of standardised risk-weightings, allocated to each asset type. Higher risk assets are allocated higher risk weightings and vice versa. So, for example, while US government bonds bear a 0% risk-weighting factor, as they are considered risk-free, corporate loans are allocated risk weighting that vary between 20% and 150%, depending on the borrower’s rating. On the other hand, commercial real estate loans bear a 50% risk weighting factor.

A regulatory capital ratio can then be calculated as the ratio of the bank’s capital (share capital, plus other equity-like financial instruments) divided by the sum of its aggregate risk-weighted assets.

This ratio must be above certain thresholds mandated by the financial regulators. The higher the ratio, the higher the solidity of the bank.

Regulatory capital ratios are widely monitored by regulators, investors and financial analysts and, as such, they are of crucial importance to create confidence in the banking system.

Michele joined Fideres in 2018, and is currently leading our financial litigation practice. Michele has worked on a number of financial projects, spanning from pre-filing to class certification and settlement allocation. His field of experience encompasses cases on benchmark manipulation, order-book spoofing, bid-ask spread inflation, commodity manipulation and cryptocurrency manipulation among others.