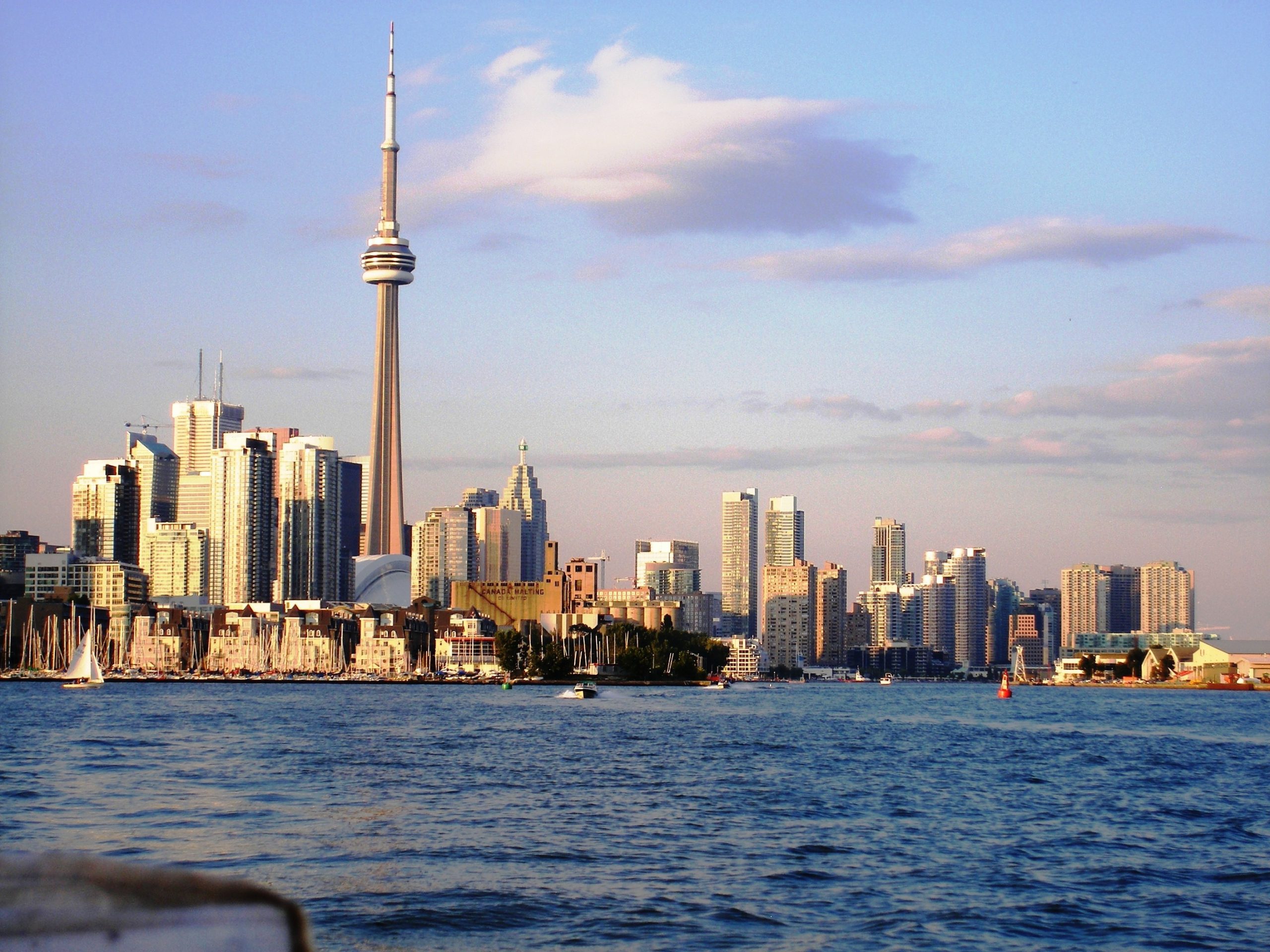 According to one widely-cited estimate,1 CDOR was used in 2014 to determine interest payments on:

During the financial crisis and its aftermath, CDOR submitting panelists had largely the same incentives to suppress the rates they reported as the incentives which were documented in the global LIBOR manipulation cases of 2012. If LIBOR represents the rate at which banks expect to borrow, CDOR represents the rate at which they are willing to lend. A lower lending rate indicates a lower cost of borrowing for banks and so there was an incentive for CDOR submitters to potentially under-report their lending rates during the crisis in order to falsely signal higher creditworthiness.

The chart below shows that under normal conditions, CDOR slightly exceeded CAD LIBOR, adjusted to account for potential differences in credit quality of submitting banks. The sudden divergence between CAD LIBOR and CDOR that emerges between September 2007 and September 2009 hints that banks may have been understating the rate at which they could profitably lend. 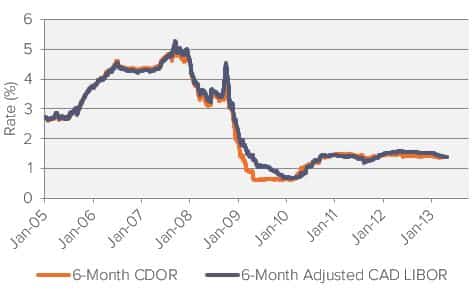 Comparison With the CDS Spread

During the height of the financial crisis, 12-month CDS spreads of three large international banks diverged by as much as 50 to 400 basis points, even on days when all three banks submitted identical CDOR rates. Had the banks been offering rates honestly, wide differences in CDS spreads should have implied some difference in CDOR submissions.

The graph below charts the maximum CDS spread difference for the major banks on days when they submitted the same CDOR rate. In the absence of manipulation, we would expect to see very little difference. In practice, there appear to be large differences, particularly during the financial crisis. 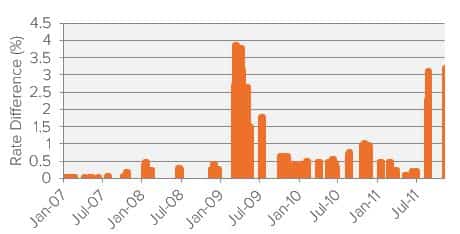 In August 2011, as the LIBOR scandal unfolded, the IIROC announced a formal investigation into the CDOR rates submission process. For the period around the announcement, the reported CDOR remains more or less steady in the lower tenors. However, at some point in late 2011, the dispersion of the submissions spiked as one of the banks began to submit substantially higher rates than other banks. Soon after the IIROC published its findings in January 2013, this bank’s submissions returned to conformity with the average rate. This episode may imply that the bank in question reverted to non-collusive submissions in response to the investigation, with the higher rate they posted in this period indicating the correct CDOR rate.